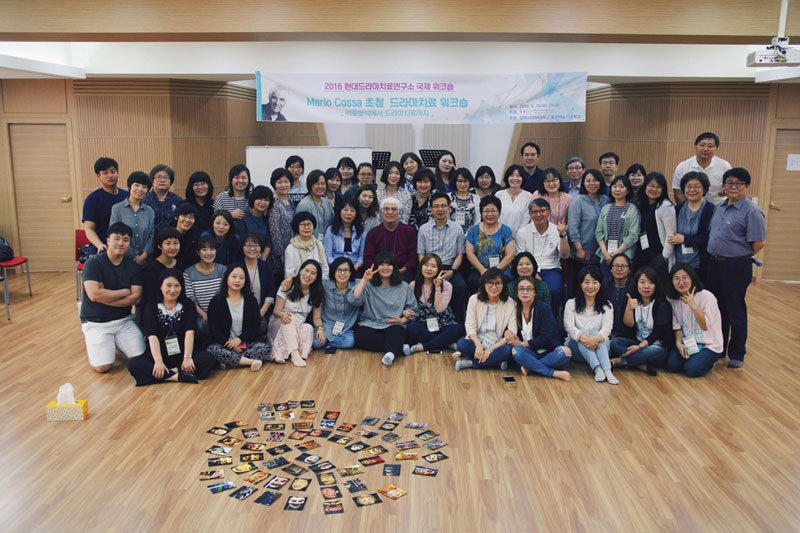 As special consultant and psychodrama trainer for the Institute for Bibliodrama and Drama Therapy, Mario offered a three-day training in psychodrama directing to a group of 53 eager and willing participants in Seoul, Korea.After a solid warm-up of sociometric activity, the group learned about Role Theory and Role Analysis. This led into demonstration psychodramas, with a group and with an individual, utilizing role analysis. Workshop participants had an opportunity to practice directing, as well as being protagonists and auxiliaries, working in small groups. Mario also conducted a demonstration, individual, interpersonal drama, which was followed by participant practice in directing an individual (using either an intrapsychic or interpersonal format.) It was a fun and rich experience for all (coupled with some exciting sight-seeing and many fine meals). Mario will be returning in November for his third training session for the Institute.